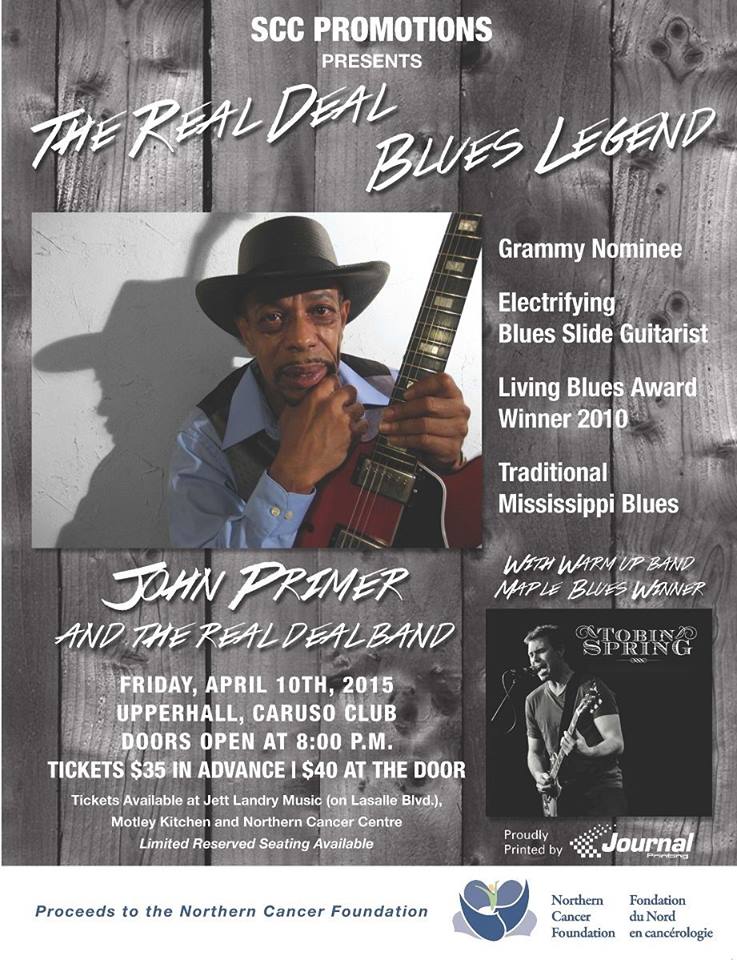 On Friday, April 10, 2015, The Real Deal – blues Legend, John Primer and The Real Deal Band will be headlining at a Benefit Concert in support of Northern Cancer Foundation! Tobin Spring will also be performing at the concert.

Tony Anselmo (Records on Wheels) and his family are well known in Sudbury for their love of music. If you have been involved with music in some way in our community, there is no doubt that a benefit concert is the perfect way to honour Tony’s late wife Debi Anselmo. Debi lost her battle to cancer on May 28, 2014.

The blues benefit concert presented by SCC Promotions will be taking place in the Upper hall at the Caruso Club.

Tickets are $35 in advance and $40 at the door and can be purchased at Jett Landry Music, Motley Kitchen and Northern Cancer Foundation.

For further information on the blues concert, click here.