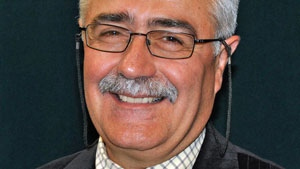 People often wonder why the city of Sudbury has never really grow very much over the last 25 years, well it is because of people like Guido Mazza. The old boys club generation.

Basically if you want to do anything in the city of Sudbury you need his permission. He is pretty powerful…To Much power for one man to have!

This is a big problem for the City of Sudbury! Why you ask?

Because of his out-dated philosophy, this man believes the way the city of Sudbury can succeed is by bullying and blackmailing the people of Sudbury as well as anyone who want to establish themselves here in Sudbury. He believes in striking first. Taking all that he can from someone before he will grant them permission to do something in our city. Examples of these conditions or Rezoning, re-greening, paying to up-grade infrastructure, removing basic service provided by our city and making them pay for out of there own pockets, donations to public project and much more. He asks for so much upfront that  he scares off anyone who might want to do business in Sudbury. This leaves the existing citizens to dig deeper every year to pay the growing city budget.

Business is about Growth and investment a concept Guido Mazza cares very little for. You must make Sudbury inviting to businesses, show them you can work with them and in turn these businesses will want to do business with Sudbury and grow with it.

Guido Mazza uses his position to benefit himself and care nothing about Sudbury…It’s time to get rid of this man and bring in modern, educated, real time thinkers and planner.

Changing Council was a step in the right direction, We got rid of a lot of the old boys already and the new council as done some great work but we are not done yet. All reports that go to council are prepared by city staff, people like Guido Mazza. And he does not stop at bullying the citizens of Sudbury but council as well. All reports that are prepared for council are tailored to get the outcome city staff want. This is a big problem since councilors are people from the community working at this part time and may or may not have the skills to catch the deception put forth.

The new Mayor was wise to get rid of or Sudbury’s CAO: Doug Nadorozny a long time employee of Sudbury who was here way to long and a good old boy, as well responsible for several city blunders. I do hope he was more names on his list.

There are multiple situation where city staff have done there job and made good honest decisions just to have them overturned by the “DICTATOR”  GUIDO MAZZA. He was been responsible for killing many social initiatives. He is not a man who acts impartial, It’s his way or the highway. The sad part again, is that we the tax payers flip the bill for all his legal. Guido Mazza is not afraid of the consequence of his actions because he has the tax payers money to pay for lawyers to defend his decision and that is a lot more then the people coming after him.

One day it will be to late to save Sudbury. Act now! Let council know Guido Mazza and the rest of the old boys club are a  problem and that you want them gone. And if you have had bad dealings with this man let the new council know. They may be prepared to fix this problem.

Thanks for reading this. This of course is one man’s opinion. Sometimes a persone must take a stand against bullies and maybe more will come forward.

Do the research make your own evaluation.

Now a little about Sudbury

City of Sudbury (2011 census population 160,274)[3] is a city in Ontario, Canada, which was founded following the discovery of nickel ore by Tom Flanagan, a Canadian Pacific Railway blacksmith in 1883, when the transcontinental railway was near completion. The City of Sudbury was formed in 2001 by merging the cities and towns of the former Regional Municipality of Sudbury with several previously unincorporated geographic townships. It is the largest city in Northern Ontario by population and the 24th largest metropolitan area in Canada. By land area, it is the largest city in Ontario and the seventh largest municipality by area in Canada.the City of Sudbury, as it is commonly known, is administratively separate and thus not part of any district, county, or regional municipality.

The City of Sudbury has a humid continental climate with warm and often hot summers and long, cold, snowy winters. The population resides in an urban core and many smaller communities scattered around 300 lakes and among hills of rock blackened by historical smelting activity. The City of Sudbury was once a major lumber centre and a world leader in nickel mining. Mining and related industries dominated the economy for much of the 20th century. The two major mining companies which shaped the history of The City of Sudbury were Inco, now Vale, which employed more than 25% of the population by the 1970s, and Falconbridge, now Glencore Xstrata. The City of Sudbury has since expanded from its resource-based economy to emerge as the major retail, economic, health and educational centre for Northeastern Ontario. The City of Sudbury is also home to a large Franco-Ontarianpopulation that influences its arts and culture.